Manchester United’s away day misery continued after they suffered a disappointing 2-0 loss against West Ham United at the London Stadium on Sunday.

Andriy Yarmolenko and Aaron Cresswell scored in each half as Ole Gunnar Solskjaer’s side still await their first victory on the road in all competitions since March.

United’s poor day was compounded when Marcus Rashford sustained an injury and had to be substituted in the second half.

It is a huge blow for Solskjaer with Paul Pogba, Anthony Martial, and Mason Greenwood all on the sidelines.

United named an unchanged side from the one that beat Leicester last weekend but they were underwhelming throughout the match.

The game lacked quality from both sides in the first half with long range efforts from Nemanja Matic and Mark Noble comfortably saved.

On the stroke of half time, the hosts went ahead after Felipe Anderson found Yarmolenko in space inside the box and the forward took a touch and produced a fine left-footed finish past David de Gea.

The visitors were livelier after the break and Juan Mata missed a glorious chance from close range after a good cross from Andreas Pereira.

With less than 10 minutes to go, Cresswell sealed the victory for West Ham with a wonderful free kick.

United drop to seventh place in the table and entertain Arsenal next Monday at Old Trafford. West Ham move up into the top four and travel to Bournemouth next weekend. 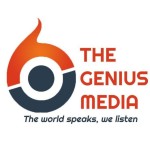 “Why My Girlfriend Abandoned Me” – Odion Ighalo Narrates 1 min read

“Why My Girlfriend Abandoned Me” – Odion Ighalo Narrates

You may have missed

#BBNaijaLocdown2020: Watch As Die-Hard Fan Of Kiddwaya Broke His TV Set Immediately He Was Evicted

EXPOSED!!! How Much Obaseki Gave Oshiomhole For His Campaign, Osagie Ize-Iyamu Reveals

Kidd Waya Discloses His True Intention For Joining The #bbnajia2020